Insurance claims resulting from hailstorm damage increased 84 percent in 2012 from their 2010 level according to a National Insurance Crime Bureau (NICB) report. See top 5 states for hail damage below. 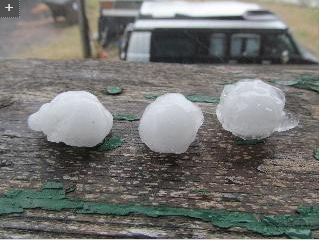 The nation has experienced severe storms (wind, tornado, hail) that are occurring with more intensity and affecting more areas of the country. While scientists debate why these storms occur, no one argues with their effects—extensive property damage and, many times, loss of life. The property damage can be as minimal as a few broken shingles to total destruction of buildings. The NICB report focuses just on insurance claims resulting from hail damage.

See the complete NICB hail damage claims report and background data. See a video of a new test facility that is helping to educate investigators on how to spot fraudulent hail claims, as well as aiding engineers in the design of storm-resistant buildings and materials.