Insured losses top $1.5 billion so far.  Near-record snowfall and prolonged extreme cold throughout many parts of the United States, have resulted in insured losses from winter storms of more than $1.5 billion thus far, according to the Insurance Information Institute (I.I.I.). 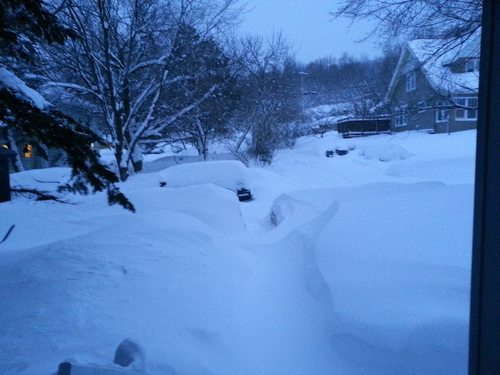 The estimated $1.5 billion figure covers events occurring between January 1 and February 21, 2014 with more than 175,000 claims paid to policyholders, according to PCS, a division of Verisk Analytics. The figure includes only two of the four 2014 winter storms to date. The I.I.I. explained that insured losses include roof collapses, downed tree limbs and power lines, burst pipes from freezing and auto accidents. Many companies have also sustained business interruption and supply chain losses due to severe travel and transportation delays and business closings. Winter does not officially end until March 19.

“Severe winter weather, including snow, sleet, freezing rain, extreme cold and ice damage, accounted for 7.1 percent of all insured catastrophe losses between 1993 and 2012, placing it third behind hurricanes and tropical storms (40 percent) and tornadoes (36 percent) as the costliest natural disasters,” said Dr. Robert Hartwig, president of the I.I.I. and an economist. “While most winter storm losses occur in northern and mountainous regions of the United States, this spate of severe cold has also affected millions of home and business owners in the south, many of whom were unprepared for such extreme conditions.”

Dr. Hartwig added that despite the severity of this winter, losses are well within the magnitude planned for by insurers, noting that the insurance industry entered 2014 in rock solid financial condition, with record claims paying capital.

For more detailed information including a chart of the "Storm of the Century" in 1993 and the "Top Ten Winter Storm Events" from 1980 to 2013, click the news release from Insurance Information Institute.