American Insurance of Lewiston and Moscow is one of only 200 independent insurance agencies in the USA that has earned the President’s Award from Safeco Insurance® for outstanding performance. 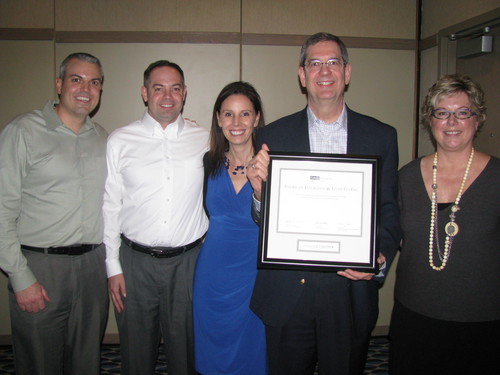 “The President’s Award is one of the highest honors Safeco gives to our independent agent partners to recognize and celebrate their success with Safeco,” said Matthew Nickerson, president, Safeco Insurance. “We’re pleased to honor the hard work, commitment to service and high achievement of the Sullivans and staff at American Insurance.”

To be considered for the President’s Award, agencies must be members of the elite Safeco® Premier Partner Program, which gives agencies who meet high standards with access to special programs designed to help them continue to grow their business and provide superior service to their customers.

“We are thrilled to be recognized by Safeco for our partnership and performance,” said John B. Sullivan, President of American Insurance. “It’s a result of the consistent dedication of our employees to earn and keep the trust of our customers.”

American Insurance has two Idaho locations, Lewiston and Moscow, and has 19 local employees.

Founded in 1922, American Insurance is a fourth-generation Independent insurance agency that is owned and actively operated by the Sullivan family. The Agency represents America’s leading insurance companies and writes thousands of policies of every type and kind of insurance in seven western states. For more information about American Insurance, go to: www.americaninsuranceid.com/about

In business since 1923 and based in Boston, Mass., Safeco Insurance sells personal automobile, homeowners and specialty products through a network of more than 10,000 independent insurance agencies throughout the United States. Safeco is a Liberty Mutual Insurance company.