Your income taxes were filed early electronically by hackers looking to steal your tax refund. 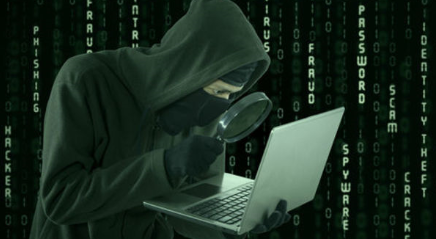 Can't happen to you?  It happened to a close friend of mine, an Idaho resident, who received the IRS 5071C letter informing him that a suspicious tax return had been filed electronically and that he must verify his identity and file a paper return this year.

I helped my friend research the problem and find out what to do.  What I found out was that refund fraud by identity theft is a fast growing crime. The most common form of tax-related identity theft involves thieves using stolen Social Security Numbers (SSNs) to file forged tax returns and get refunds early in the filing season. The legitimate SSN owner usually is unaware of the theft until he or she tries to electronically file (e-file) a return and the IRS discovers two returns filed using the same SSN.

In fiscal year 2013, the IRS initiated 1,492 identity theft related criminal investigations, an increase of 66 percent over investigations initiated in FY 2012. Indictments and sentencing doubled in FY 2013 and the average prison term was more than three years (38 months) – the longest sentenced being 26 years.   In 2013 the Idaho State Tax Commission identified 170 victims of tax fraud.  In 2014 that number quadrupled to 694. And this tax season, the majority of tax fraud cases the agency is catching are from identity theft.

WHAT TO DO IF YOU ARE TAX FRAUD VICTIM?
The victims of identity theft that receive the dreaded IRS 5071C letter will need to verify their identity at idverify.irs.gov.  Then complete and mail a paper copy of your income tax return as soon as possible, in addition to following the steps in Reporting Tax Identity Theft. Taxpayers must still file a correct income tax return, even in a case of identity theft.

Some identity thieves only file false federal tax returns. Others file tax returns in multiple states for each stolen SSN. Idaho is part of a multi-state network that shares identity theft reports among participating states in an effort to reduce tax identity theft, but not all states are part of this network.

The Idaho State Tax Commission uses automated reviews to help catch returns with tax fraud and identity theft. These reviews prevented more than $486,000 from going to fraudsters last year. “We’re always trying to stay a step ahead of the bad guys,” according to Doreen Warren, Revenue Operations administrator at the Tax Commission.

Warren said taxpayers can take some simple steps to help protect themselves from identity theft. They include:

Taxpayers can also keep an eye out for signs that their identity is compromised:

The IRS continues to increase its efforts against refund fraud, which includes identity theft. As a result of these aggressive efforts to combat identity theft from 2011 through November 2013, the IRS has stopped 14.6 million suspicious returns, and protected over $50 billion in fraudulent refunds.