Written by John B. Sullivan, son of Frank Sullivan 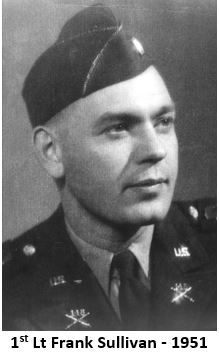 ound a letter that my dad, Frank “Sully” Sullivan, sent home during the Korean War. It was written on American Red Cross stationary and tells about events that happened in Korea on his birthday, March 12, 1951. This letter is very personal and I’ve held on to it until he and my mother had passed away.

I share it with you now as an example of how combat takes a heavy toll on a soldier’s emotions and how fear can grip a heart as they face death; eventually conquering the fear enough to find some measure of bravery hiding deep inside. This was that day for my dad.

Certainly other soldiers were in more fierce combat and many made the ultimate sacrifice. In my book, all our soldiers are heroes and we rightfully honor their service each Veterans Day.

BACKGROUND: After his service in WWII, Sully joined the Army Reserves, 148th Engineering Battalion, stationed here in Lewiston, ID. When America entered the Korean War, his unit was called up. At that time he was age 28, married to Betty, and they had one son, Harry, age 2. Sully, a 1st Lt, was assigned to the 105 mm Howitzer Battery, 3rd Infantry Division as a Forward Observer (FO). 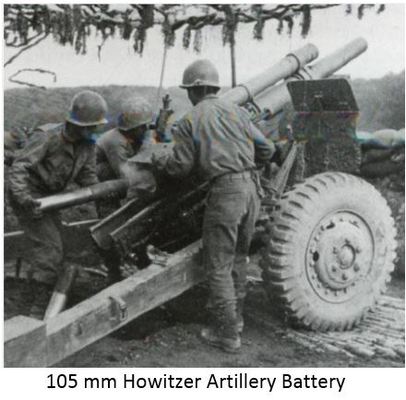 During the Korean War a Forward Observer would often need to secretly crawl to an elevated front-line forward position on or behind enemy lines, then observe enemy positions, calculate on a grid map enemy troop or supply locations and communicate back to HQ for planned artillery attacks. Forward Observers were targets of enemy snipers because of their forward positions. In the letter the phrase “on the line” or “on line”refers to going back on FO duty – following “the line” to the forward position.

THE LETTER: This letter was written to “HWC”, Harry W. Christy, who was Sully’s uncle and employer for his job as an agent at American Insurance. I have attached a copy of the actual letter - click here.

In case you can’t read Sully’s handwriting, which is likely, I have transcribed the letter below. The letter text is shown in italics. Clarifying info is set in (parenthesis). Grammar and spelling is corrected to help readability.

Just for you to read. (He did not want his wife, Betty, to worry about him)

Here is what happened on my Birthday.

A boy in the 6th Gun Ser – went crazy – shot up 13 rounds of carbine through a tent – did not kill anyone – I was first one there to help hold him down – took weapon away from him after another kid knocked him cold with his fist – while I was holding him down – trying to get things under control.

Then Btry C.O, Capt Jones, came running over and tapped me on the shoulder & said “Sully – quick, get in Jeep and go on (the) line. Lt Ellingson has just been killed with I-ten Co. (IX Corp) 7th Inf.” He was F.O. (forward observer) who took my place on line. He had just been back to rear to clean up and was killed ½ hr after going back on line.

I cried a little, and was up on line in 20 min – giving them hell. I was sick and could not eat for 5 days. I stayed up all night for 4 days & nights and scared to death. I saw medics carrying Lt. Ellingson off the hill and stopped and put my helmet over my heart until they passed me in the path up on line.

So, we are short a man now. I was relieved from line by another man who has not been on line yet this war. I am now getting back to normal and don’t expect to go back on line for at least 10 days. Anyone who thinks there isn’t a war on is crazy – the chinks have really been pouring it on in places on line. Just jabs but when they jab they give it Hell. Filipinos were pushed back on my left this evening.

I just wanted you to know for matter of record what happened on my Birthday – no one here even knows about it.

While I was on hill and Lt. Ellingson body was brought back a T/Sgt went completely crazy and we evacuated him while I was still on line. Ellingson had two children.

Thanks Harry for listening to my feelings. It really set me back for awhile. Inf lost 3 men – same time.

Fortunately, Sully survived his tour of duty in Korea. He was later transferred to the I Corp as assistant operations officer in the plans and operations (G-3) section. He was cited for meritorious service and received the Bronze Star Medal. 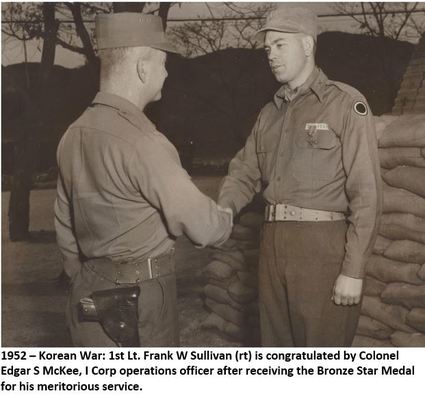 Before the Korean War, Sully served in WWII in the US Air Corps as a gunner and communications on a B-17 bomber. Click and read his story of when his plane was shot down and he was held as a prisoner of war in...

After the Korean War, Sully ended his service with the National Guard. He continued to build a successful career at AMERICAN INSURANCE. At the urging of military friends, he re-joined the Idaho National Guard to complete his years of service. Although he was a Captain, he had to serve as a Staff Sgt and there are many stories told by other guardsman how the “old timer” was close friends with all the generals. He ended his service with the Idaho National Guard in 1978 and attained the rank of Army Lt. Colonel.

Send Us a Message

Send us a message above or contact us another way instead.