Premiums for insurance is expected to continue a modest rise in 2013. 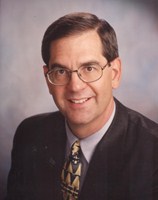 Like our political climate “more of the same” is expected.  Loss experience improved over 2011’s record catastrophic highs but was still higher than historic averages in 2012 thanks to Superstorm Sandy; interest rates and investment returns continue at record lows.  Generally modest rate increases will affect most consumers particularly for property insurance lines and lines affected by the rising costs of health care. Higher increases will be targeted to accounts with claims experience over the last three years, higher risk insurance lines and certain geographic areas of the country subject to natural disasters.

What you can expect in 2013 – The Pacific Northwest continues to be an oasis for lower catastrophic weather related claims that helps keep insurance rates lower than the rest of the country.

Personal Auto Insurance  - rates are generally rising from 2% to 5% with rate pressure from medical costs related to bodily injury claims and increased physical damage costs of repairs. Personal auto insurance is highly segmented and rating formulas are very complex which makes individual rate predictions impossible. If you notice anything other than a small price change please contact us first so we find a solution for you.

Home and Property Insurance– rates on Homeowners policies and Commercial Property are rising from 5% to 10% as catastrophic losses continue to impact the industry.

Superstorm Sandy was the deadliest hurricane to hit the northeastern U.S. in 40 years and the second-costliest in the nation's history according to the National Hurricane Center. The report estimated damage caused by Sandy at $50 billion, greater than any U.S. hurricane except Katrina. More than 650,000 homes were damaged or destroyed by the storm.

Small Business Insurance – after enjoying many years of declining or stable rates the industry began to modestly increase rates in 2012 and now in 2013 another +5% is expected.

Commercial insurance rates across the United States increased by +5% on a composite basis in January 2013, according to MarketScout, derived from pricing surveys conducted by The National Alliance for Insurance Education and Research. This after eight consecutive quarters of price increases according to the latest CLIPS survey by Towers Watson, a global professional services company.  The large public insurance broker, Marsh, Inc., said rates for commercial lines insurance will continue to rise in 2013 thanks to above average losses, low investment returns and receding reserve releases.

THE AMERICAN ADVANTAGE: We monitor the insurance marketplace to find you the best coverage and pricing. We represent dozens of America’s best insurance companies each competing for your business. During periods of rising prices you may not be able to avoid modest increases but we can shop for you to find the best pricing available. Please contact us first with any pricing concern.