Your Odds of Hitting a Deer Double

Your odds of hitting a deer, an elk or a moose are twice as high during the 4th quarter months of October, November and December as in the other nine months of the year. 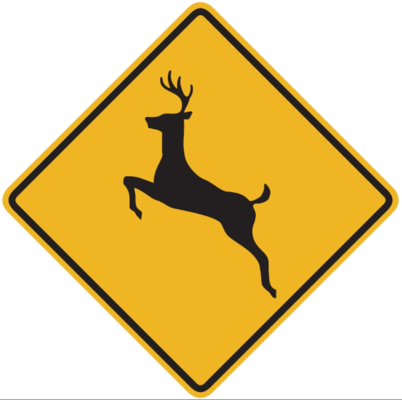 U.S. drivers are just as likely to have a claim involving a collision with an animal as they were last year at 1 out of 169, according to new insurance industry claims data. This figure is the same as it was in 2014, but that likelihood doubles during October, November and December when these animal collisions are most prevalent.

Here are the statistics for drivers filing a claim following a collision with a deer, elk or moose:

This data includes claims data and state licensed driver counts from the Federal Highway Administration and is based on comprehensive and collision claims only. Claims involving policyholders with liability insurance coverage only are not included in this information.

To take steps to reduce the likelihood of hitting an animal on area roadways: