3 Behaviors That Kill Us on the Road

There are three things you can do this Holiday Season to be a survivor when driving.
Here's why extra caution is necessary this year... 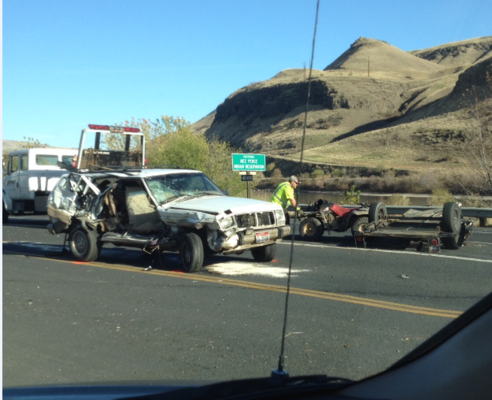 Why the spike in traffic deaths?
While final 2015 numbers and a breakdown of factors in the year's fatalities will not be available until next year, NHTSA experts noted that job growth and low fuel prices could be a factor, not only in increased driving overall, but in increased leisure driving and driving by young people, which can contribute to higher fatality rates.

Drunk driving, no seat belts and distracted driving play major roles in traffic fatalities.
Other trends remained stubbornly constant. Deaths in drunk driving crashes continue to represent roughly one-third of fatalities; approximately half of all vehicle occupants killed were not wearing seat belts; deaths of motorcyclists without helmets remained far higher in states without strong helmet laws; and speeding was a factor in more than one in four deaths. NHTSA research shows that in an estimated 94 percent of crashes, the critical cause is a human factor. In contrast, vehicle-related factors are the critical reason in about 2 percent of crashes.

NHTSA experts cautioned that while partial-year estimates are more volatile and subject to revision, the estimated increase represents a troubling departure from a general downward trend. The fatality rate actually fell to a record-low of 1.07 deaths per 100 million vehicle miles traveled in 2014, but estimates for the first six months of 2015 show a spike in the number of fatalities.