DID YOU RECEIVE A LETTER FROM SULLY? 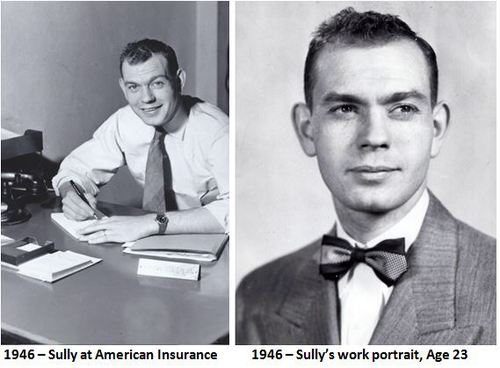 Enjoy reading last letters from friends and family below.

For 67 years if Sully saw the name of a customer, a friend or a relative of a friend in the Lewiston Tribune he would clip it out and mail it with a personal note and a joke. Thousands of letters were sent to say congratulations, provide encouragement, or send condolences.

So, it seemed right to ask his friends to send one last letter to Sully. I asked them to tell us their story about receiving a letter from Sully or about an event they shared with him or just what they remembered most about Sully.

Thank you to all who sent a last letter to Sully. The Sullivan family deeply appreciates receiving your letters, emails and sympathy cards. Often we learned something new or a funny story about Sully. For the enjoyment of all we have shared the letters we received below.

MARION SHINN - Our association with your company goes back longer than Sully!

SHELEEN MEADOR -Oh, you pinched my butt that day!

JUDY MCMAINS (Sister) - I remember a letter from Bud when I was 4 years old.

JACKIE PETERSON (worked 40 years for Sully) - He was one of a kind!

BARB CAMPBELL (worked for Harry Christy & Sully until 1950) - Mr Christy has always told me I'd have a job at American Insurance.

DARLENE (ANDERSON) KIDDER - When I worked at the Idaho Dept Store I'd get a daily hug from Sully.

BILL THOMAS, COL USAF, RET - You knew when you received a fat envelope...

JOHN SULLIVAN- Sully was quite shocked to see that John Sullivan went to work at the bank! (No this is the other John Sullivan)

JIM & NANCY SATTLER - Being a competitor, Sully would put that aside.

BILL CHETWOOD - Would that we all could leave such a legacy.

BOYD PEDERSEN, CSM (Ret)- I have a box full of jokes.

TIM ARMOUR-  Sully was a big piece of my Lewiston childhood.

ARLENE (MAYNARD) WORLEY - I first met Sully on the Lewiston Roundup Board.

BARARA BIRD - I first met Sully when he was appointed by the Insurance Commissioner...

JOE HALL - I never had the pleasure of meeting Sully but received many letters.

JOCK PRING - Sully was a local hero and legend.